“To create a new paradigm we must refrain from putting energy into the current one.” — Fred M. 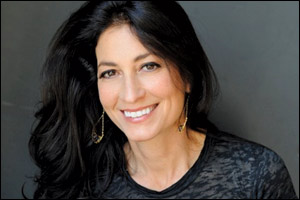 When I first read this story about an unknown and unheralded singer-songwriter who worked an internal NARAS social network to secure a Grammy Award nomination in the Americana category, I wasn’t sure what to think.

But after reading some of the reactions to the effort, I know exactly what to think:  You go, girl.

Recapping for those of you who may not be familiar with the story: Linda Chorney is an “independent” (i.e. no label support) singer-songwriter, touring performer and recording artist from Sea Bright, NJ (just over the bridge from my own home town of Rumson!) who has been working the circuit around the world for over 30 years (believe me, I know the type). As first detailed in this account in Daily Variety:

The resourceful Linda Chorney secured a Grammy nomination in the category of Americana album for her self-produced, self-released “Emotional Jukebox” by taking her mission directly to voters, employing the peer-to-peer function of the Recording Academy’s own site for members, Grammy 365.

Many in the tight-knit Americana community have reacted quizzically, and sometimes vehemently, to Chorney’s nomination, which trumped several well-known artists in the genre.

The whole phenomenon raises all kinds of interesting questions, starting with whether or not Ms. Chorney’s recording conforms withthe definition of the category she was nominated in, “Americana.”

The concept of of “Americana” really defies any clear or simple definition.  The Americana Music Association, which considers itself the guardian of the genre, defines_Americana as…

“…music that honors and is derived from the traditions of American roots music. It is music inspired by American culture traditions which is not only represented in classic man made / roots based sounds but also through new and contemporary artists whose music is clearly inspired by these great traditions.”

Since its inception in the late 1990s, “Americana” has come to encompass a broad range of musical styles.  Rosanne Cash probably put it best when she said from the stage at the 2010 American Music Awards show at Nashville’s Ryman Auditorium that “Americana is where they put you when you don’t really fit anywhere else…”

By that definition, Linda Chorney’s CD “Emotional Jukebox” certainly qualifies as “Americana.”  So why are so many in the Americana circle so bent out of shape that Ms. Chorney has secured a Grammy nomination in their category?

The indignant reaction reinforces the simmering, sub-surface criticism of  some observers who regard “Americana” as its own insular little world, dominated by a new generation of uber-insiders — despite its origins in the “alt” corner of country music.  These critics observe that certain names that are close to the nucleus of the genre keep coming up, and winning awards year after year.  Case in point: Buddy Miller has won so many “Instrumentalist of the Year” awards that one disgruntled commentator suggested after this year’s awards show that the time had come to rename the category ‘Buddyana.”

To get some sense of the discontent that Ms. Chorney’s nomination has generated within the Americana world, consider this thread of comments that followed the posting of the Daily Variety article to Facebook by Cary Baker, a Los Angeles-based publicist who counts among his clientele some of the luminaries of the genre.

What you see in that thread is a sense of outrage that Ms. Chorney “gamed” the system to secure her nomination, at the expense of numerous “more deserving” artists who either exhibit a higher caliber of artistry — or just fly closer to the center of the Americana orbit.

Did she “game the system,” as so many of these commenters seem to think?  Not according to a NARAS officials quoted in the Variety article:

NARAS’ Freimuth says there is no impropriety in seeking votes through the Grammy 365 site….”(Chorney) was very diligent in her pursuit of attention by the Grammy voters, and it evidently paid off. Enough of the voters received her communications, listened to her music, thought it was worthwhile and voted for it.”

So why all the sturm und drang over her nomination?  By whose reckoning is any one performer more deserving of recognition than any other?

The way I see it, Linda Chorney — whether you like her music, or think it holds up to your standards or not — represents the very essence of the quasi-official definition of Americana, which is buried in the real meaning of that word “roots.”

“Roots music” harkens back to an era before recordings redefined the role of music in our lives.  It recalls the time when people made music for themselves, on the front porch of their cabins, in their parlors, around a campfire, on instruments they played themselves, and sang with their own joyous voices.

“Roots music” invokes the time before music became industrial, before it morphed into a vehicle of mass culture, before there were gatekeepers and tastemakers who dictated what was worthy of a mass audience that could only be assembled by appealing to the lowest common denominator.

I dare say that a lot of the people who created the actual “roots” music the Americana format intends to honor would probably not qualify for any awards in the ears of its contemporary denizens.

But what could be more “roots” than people making music for themselves — as Linda Chorney has done for more than thirty years???  Ms. Chorney’s self-sustained, multi-decade career honors the “great tradition” of people making their own music as much as any of the higher-profile personalities whose possible nomination Ms. Chorney’s precluded.  And for that I say: give this woman a prize.

Which brings me to the other Big Question this dust-up raises: Should Linda Chorney win a Grammy? I dunno.  While others surely think she is not deserving of a Grammy, I’m inclined to think exactly the opposite. I’m not convinced the Grammys are worthy of her.

I have watched the Grammy Awards telecast over the past few years with an increasing sense of bafflement.  The Grammy telecast has become a dazzling, pyrotechnic and acrobatic triumph of spectacle over talent. If you don’t believe me, have a look at Pink’s Cirque du Soleil performance at the 2010 Grammy Awards telecast. The woman can sing.  Why does she need to be hoisted into the rafters on a hoop?

And suddenly it dawns on me:  the real purpose the Grammy Awards is not to honor musical achievement, but  to gather the largest possible television audience.  Given that dubious threshold, why is it objectionable that one diligent — if unheralded — performer should find her way into the arena?

Over the past decade everything about the music industry has been disrupted by new technology.  What makes anybody think that the Grammy Awards should be exempt from that disruption?

Those who take issue with Ms. Chorney’s nomination simply fail to recognize the full extent to which the landscape of their business has shifted.  First, new technology transformed the way way music is produced and recorded.  Then it transformed the way recorded music is distributed.   Now somebody has actually used new technology — a social network — for the direct, singular purpose of obtaining a nomination for an award.

And people are  surprised by this?  Does their calendar still say “1994”?

The ramparts of the industrial music monolith have been are crumbling for at least fifteen years now.  That somebody could come out of nowhere — with no  industry sanctioned machinery behind her  — and garner a nomination for a (supposedly?) prestigious award is just one more stone falling out of that wall.

And that stone has fallen on the heads of some of  the erstwhile gatekeepers of Americana.  Linda Chorney has ignored the gatekeepers and gone over the wall.   By landing in the middle of the Grammy party, she’s made herself the poster child for the new paradigm.